The most trusted judgment enforcement agency in Los Angeles

Final Verdict Solutions is trustworthy judgment collection company that can help ensure that you receive the money you are owed in a legal and ethical manner. As a trusted company, we have a stellar reputation and are 100% compliant with all relevant laws and regulations. We are fully transparent about our costs and methods of collection and will not use any illegal or unethical tactics to collect the judgment.

Additionally, Final Verdict Solutions has a great track record of collecting judgments and will be able to provide references or testimonials from satisfied clients. By working with Final Verdict Solutions, you can have peace of mind that your judgment will be collected in a professional manner, and you will be treated with respect and fairness throughout the process.

The finest judgment collection Los Angeles has to offer

Our team consists of a vast network of private investigators, attorneys, process servers, and collection professionals across Los Angeles and the United States, providing crucial support and expertise in our business. This team is available around the clock to provide detailed insight into debtors and their assets, assist with obtaining court documents, and stay up-to-date on new changes in the law locally and nationwide.

Couple this with our vast knowledge and expertise and you get the finest judgment collection agency in Los Angeles. We have the qualifications, reputation, history and testimonials to back this. We take this responsibility seriously and perform to the best of our abilities to deliver world class results. Don't settle for anything less than the finest judgment collection agency Los Angeles has to offer - Final Verdict Solutions.

Los Angeles is a hot spot for judgment collection activity because it has a large population and a strong economy, which means that there are many potential debtors and assets available to be collected upon. Additionally, the courts in Los Angeles are known for being efficient and effective in processing and enforcing judgments, which makes it easier for judgment creditors to collect on their debts.

Furthermore, California has laws that are favorable to judgment creditors, which makes it easier for them to locate and seize assets to pay off the debts. Overall, the combination of a large population, strong economy, efficient courts, and favorable laws make Los Angeles an attractive location for judgment collection activity. Should you need help collecting your judgment, contact Final Verdict Solutions.

Helping Los Angeles judgment creditors collect what is theirs

Final Verdict Solutions can assist judgment creditors in Los Angeles by utilizing various methods to collect on unpaid judgments. These methods can include wage garnishment, bank levy, and property liens. We may also locate and seize assets of the debtor, such as real estate or vehicles, to satisfy the judgment. In addition, we may negotiate payment plans or settlements with the debtor on behalf of the creditor. These services can help the creditor recover the money they are owed in a timely and efficient manner.

We love collecting money and know just how to do it. If you would like us to look into your judgment, please don't hesitate to contact us. We're available around the clock and are ready to help.

Los Angeles judgment collection near me

While our headquarters location is in Pennsylvania, we have several virtual offices we work out of in downtown Los Angeles, Santa Monica, the San Fernando Valley and the Inland Empire. These virtual offices are centrally located in each region with easy access to freeways, bus routes or the Metrolink. While the majority of our work is done online through secure channels, we are proud to provide support hubs for our clients if needed.

Should your case require in-person assistance, the office location nearest you will be provided. Please contact Final Verdict Solutions to further discuss your judgment.

Los Angeles, the City of Angels

Los Angeles, also known as the City of Angels, or LA is a highly desired hot spot across the world for vacation, residence or just pure entertainment. It is a global center for business, entertainment, and culture. LA is known for its diverse neighborhoods, Hollywood, and the entertainment industry, including film and television production.

The city is also home to many famous landmarks such as the Hollywood Sign, Griffith Observatory, and the Walk of Fame. It is also a major center for the arts, with numerous museums and theaters. The climate is generally warm and sunny, and the city is surrounded by mountains and beaches. Additionally, it's a diverse city with a large Latino community, Koreatown, Little Tokyo, and many other ethnic neighborhoods. 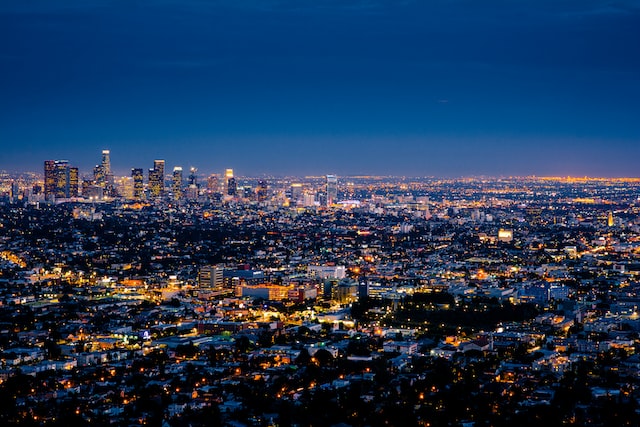 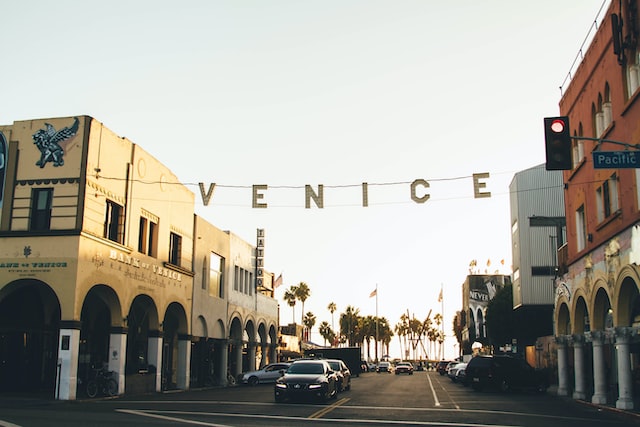 Los Angeles, also known as LA, has a rich history dating back to the 1700s when it was first settled by the Spanish. During the Mexican period (1821-1848), Los Angeles became a prosperous agricultural center. In 1848, California became part of the United States and LA experienced a population boom.

In the late 19th and early 20th centuries, the city experienced a period of rapid growth and industrialization, becoming a major economic and cultural center. During the 20th century, LA continued to grow, becoming one of the largest and most diverse cities in the United States.

Today, LA is known for its entertainment industry, beaches, and cultural landmarks.

Los Angeles is known for its technology industry, particularly in the areas of entertainment, aerospace, and information technology.

The entertainment industry in LA, including film, television, and video games, utilizes cutting-edge technology for production and post-production. The aerospace industry in LA, with companies such as SpaceX, Northrop Grumman, and Boeing, are leading in the development of advanced aircraft and space exploration technology.

Additionally, the city is home to a number of technology startups and major tech companies such as Snapchat, Tinder and Space X. Los Angeles is also home to several research institutions and universities that are at the forefront of technological research and innovation. 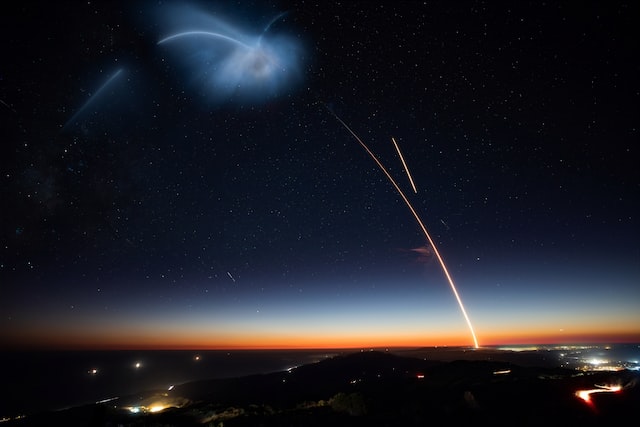 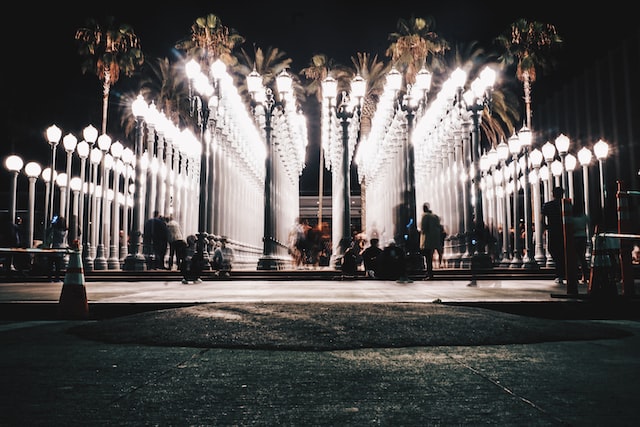 Art and culture in Los Angeles

Los Angeles is a diverse and vibrant city known for its film and television industry, as well as its contemporary art scene.

The city is home to many museums and galleries, including the Getty Center, the Museum of Contemporary Art, and the Broad. The Los Angeles County Museum of Art (LACMA) is the largest art museum in the western United States.

It is also famous for street art and graffiti. The city has a rich cultural heritage, with a significant Latino and Asian population, which is reflected in its art, music, and food. It is also home to numerous performing arts venues, including the Walt Disney Concert Hall, the Dorothy Chandler Pavilion, and the Hollywood Bowl.

Los Angeles is a major center for business, entertainment, and technology, offering a wide range of opportunities across multiple industries.

The city is home to many major companies, including entertainment studios such as Warner Bros, Universal Studios and Disney, Additionally, there are many opportunities in the fashion, healthcare, and education sectors.

The city also has a large startup ecosystem, with many incubators, accelerators, and venture capital firms. Los Angeles is also known for its diverse population, which provides a rich cultural environment and potential for diversity and inclusion in the workforce.

The city is also a hub for international trade and commerce with its ports, airports and transportation corridors making it a gateway to the US market. 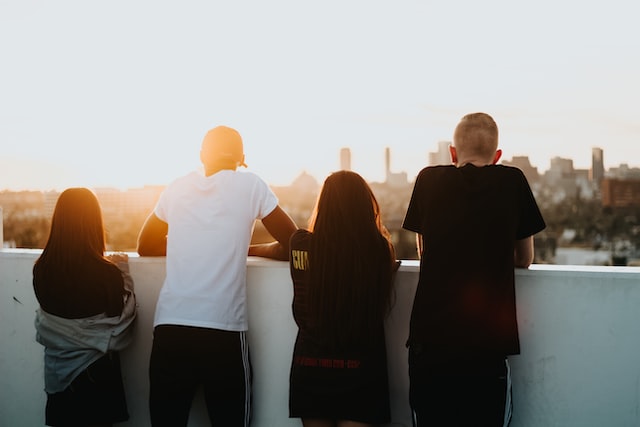 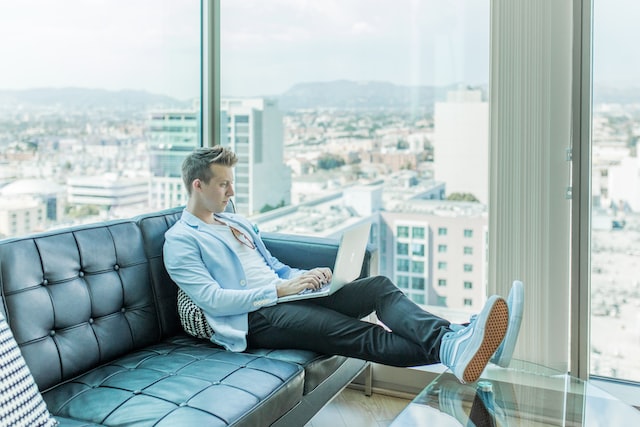 Quality of life in Los Angeles

The quality of life in Los Angeles can vary depending on the specific neighborhood and lifestyle.

The city is known for its mild year-round climate, beautiful beaches, and access to outdoor activities such as hiking, biking and surfing. However, it also has some of the worst traffic congestion in the country, which can be a source of frustration for residents. The cost of living can be high, especially for housing. The city also has a high crime rate in some areas.

On the other hand, Los Angeles has a vibrant and diverse cultural scene, with many museums, galleries, and performing arts venues. The city is also home to many renowned restaurants and a diverse culinary scene.

Additionally, LA is home to many institutions of higher education, and is also home to many famous and historical landmarks such as Hollywood, Griffith Observatory and Griffith Park.

Our most recent collection enforcement articles 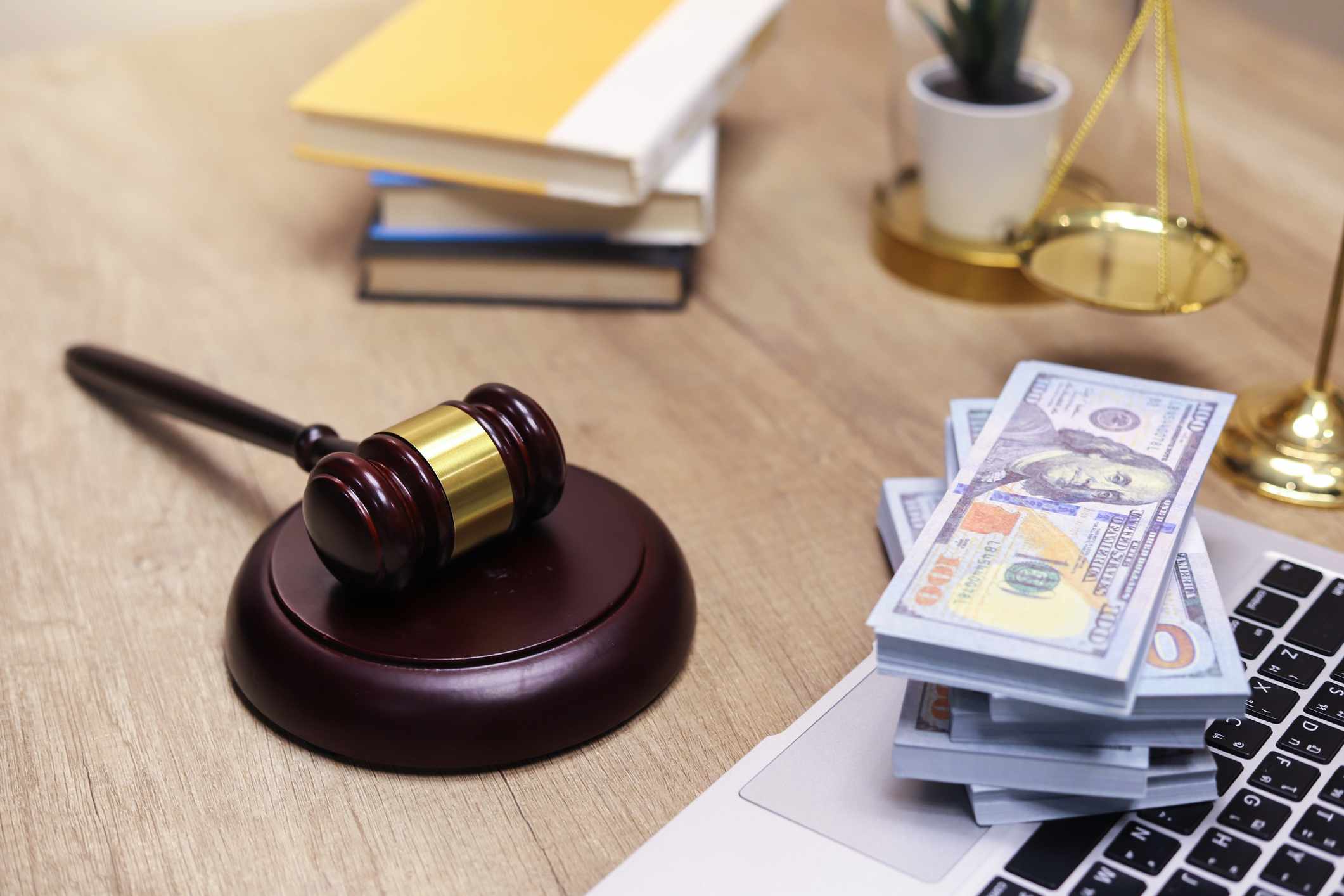 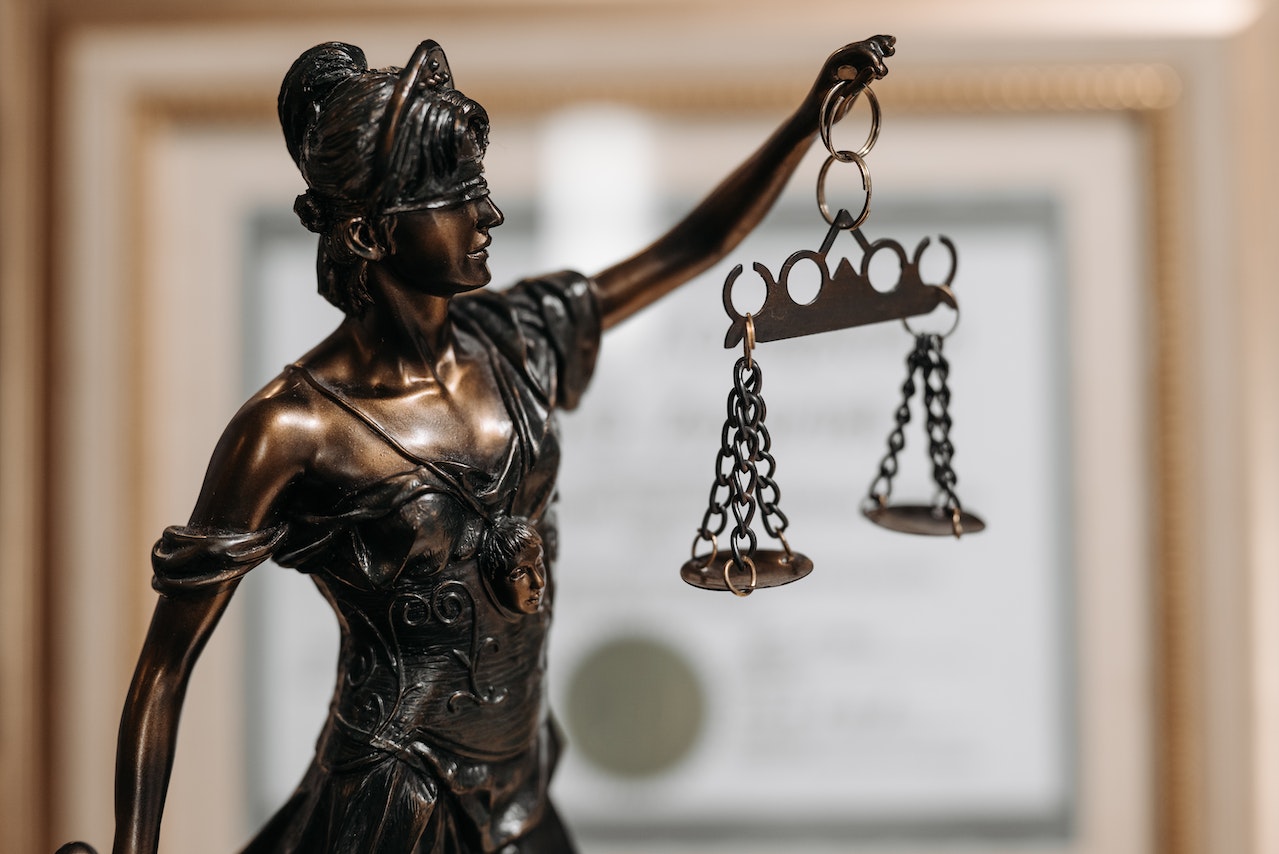 How to Pick the Best Judgment Collector in 2022

If you’re looking for a judgment collector in 2022 that will help you recoup what you’re owed, consider one that values your rights as a creditor, understands the importance of time, and has a solid reputation. In this definitive guide, learn... 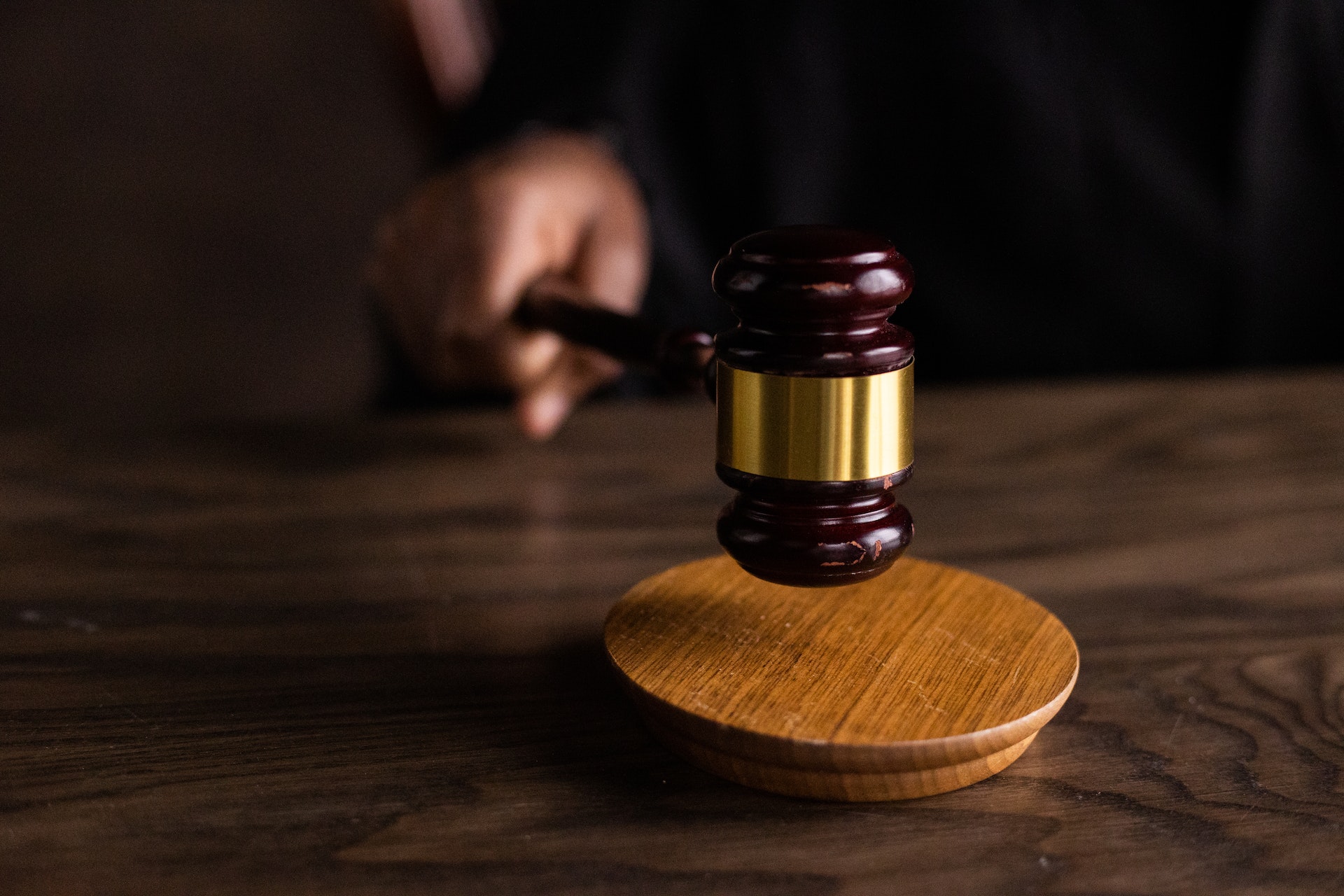 Digging a Deeper Hole: $100 Per Day In Contempt Sanctions

In 2018, we collected two judgments against an individual in Utah totaling $16,000, via bank levies on the debtor’s accounts. As you can imagine, this debtor wasn’t happy to wake up one day and see $16k gone from his accounts.

Judgment collection is a long and tedious process, especially if the debtor is playing hardball to avoid payment. We can help. Please provide information about your judgment below, we'll research it and provide you a no obligation cash offer.
Thank you! Your submission has been received!
Oops! Something went wrong while submitting the form.
Our Location
Conveniently located between Market Street and Cuthbert Street within Commerce Square in Center City, Philadelphia.
OUR OFFICE
2001 Market St.
Suite 2500
Philadelphia, PA 19103
Nearby Bus Station
21st & Market St: 7, 31, 44, 48, 62, 124, 125
Nearby Train Stations
SEPTA Regional Rail & Amtrak 19th Street Trolley Station
Nearby Subway Lines
15th Street Station
WORKING HOURS
Available 24/7/365
CONTACT
info@finalverdictsolutions.com
(484) 312 - 3300

Disclaimer: We are regarded as a debt collector under the law in certain jurisdictions. This website is a communication from a debt collector. This is an attempt to collect a debt. Any information obtained will be used for that purpose. Nothing on this website should be considered or construed as legal advice. We are not attorneys. If you require legal advice, please contact an attorney.